Note1: I have made the decision 12/10/2019 to go full speed ahead on FLOW; I’m becoming more and more aware humanity is at a precipice in the world of form, requiring immediate root action.

This is my page for getting the FLOW Fellowship off the ground. Also refer to the FLOW Fellowship FundRazr.  Please go to the FundRazr for my latest narrative on the idea. The remainder of this Page just puts several of the key concepts out there that I need to bring together in development.

Note2: The process for elaborating and moving FLOW and the FLOW Fellowship forward will first occur via updates on the FundRazr page… these updates will make their way into a seminal book .AND. will show up in installments under this Page.

Note3: I shall make a Launch Presentation at the Novi, Michigan, public library in the timeframe of start of spring 2020. While I do plan to start forming my own starter ‘gatherings’ imminently.

Introduction and Summary of FundRazr

Years ago, some celebrity psychologist opined, “Success is a process of removing barriers!”

It’s our nature as living beings to want to succeed in life. Most of of us know that true success is more than fame and fortune, we want a spiritually rewarding inner life to accompany an outer life of abundance for ourselves and others. Yet we are beset by obstacles limiting our inner and outer well being. Think of these barriers as “collars” that restrain us from reaching our full potential.

FLOW (initially Fellowship for Liberation of our World) is a living philosophy that helps us to understand and to dissolve our inner and outer collars, resulting in a world of human beings of independent consciousness (Independents*) living in benevolent, voluntary community. The FLOW Fellowship consists of mutual-support congregation(s) to help us each to become FLOWers (rhymes with GROWers). Yes, some interior real work and exterior ‘showing up’ are required.

The Fellowship embraces three so-called movements (this is from an analytical perspective, only; the FLOW aspirant learns and applies the work of bringing each of these movement principles into his or her personal life, i.e. the process of FLOWering) :

Practically, in the political world  the two latter movements are how the public in general will come to know us: We are the Independents’ movement that actively manifests itself as the First Principles movement, featuring key specific political projects for liberation of our country and our persons from the horrors of ‘mass mind’–in progress and impending.

Who Should Contribute/Join and Why?

I am setting up this FundRazr to be able to create the FLOW Fellowship as a self-help, self-discovering, self-empowering haven and support community for Independents–whether accomplished or aspiring. The following three groups are especially on my mind: 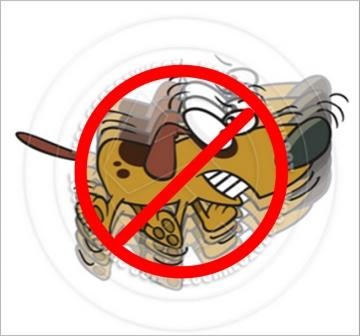 The Pitch
[Ultimate FLOW Benefit: Joy, Ease, and Lightness of Being]

Speaking for the moment to Group #2, I rather came into the world of FLOW from the world of the various Truth movements, particularly 911. Once you take a stand for truth over official stories, you become ostracized and ridiculed. Yet with a living and breathing FLOW philosophy, the tables will turn. The numbers provide hope.

If the estimated 10 million adult Americans who seek 911 and all the other Truths. and Justice. were to contribute $5 toward the development of a positive life transforming philosophy and the real prospect of securing Independent humanity from all further attacks by the Men of the Power Sickness–in fact, END the MOPS–that would bring a ‘FLOW chest’ of $50 million.

Similarly, 10 million Americans’ rights have been trampled by corrupt, criminal public officials and their accomplices for want of their our own “fourth branch” of government–the ubiquitous people’s independent grand jury. That’s another potential pool of roughly 250,000 individuals per state from which to draw. Adds up to $100 million.

[Perhaps $150 million all told, if you include the 10 million who need inner-collar removal help.]

PS: I’ll be updating the FLOW Fellowship and this crowdfunder as I go along. The official Web page is http://FLOWFellowship.org, which is a url redirect to https://brianrwright.com/Independents/?page_id=508. And I’ll be launching a Facebook Group shortly. With substantial upfront support, FLOW can and will be the way toward losing the inner collar and the species-menacing outer collar as well.