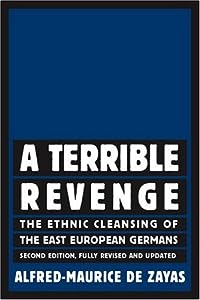 The most grievous violation of the right based on historical evolution and of any human right in general is to deprive populations of their right to occupy the country where they live by compelling them to settle elsewhere. …the victorious powers decided at the end of WWII to impose this fate on hundreds of thousands of human beings … in a most cruel manner. — Albert Schweitzer, ca. Nobel Prize for Peace, Oslo, 1954.

Ancestors of my ex-wife—as displaced persons (DPs) she and her family immigrated from Germany to America in the early 50s—lived in rural villages in land near the Danube River watershed.  (Biggest crop: cannabis hemp.)  They are known as the Danube Swabians and were among several peoples living outside of Germany’s early 20th-century borders (often in enclaves resented by their neighbors) referred to as the ethnic Germans (Volksdeutsche).

Following WWII, due to concessions made by England and America at Yalta[1], approximately 17 million of these East European Germans were systematically expelled from their lands where many of them had lived for centuries.

A Terrible Revenge is the story of this forced dispossession.

Human rights activist and author, Dr. de Zayas, paints a sad and brutal picture of The Expulsion. Through touching personal stories of dozens of the victims and through a detailed account of the machinations of states, Dr. de Zayas has raised the issue of this uniquely ‘disregarded’ 20th century genocide to center stage.

Why haven’t we heard of this one?  And why should we?

To answer the first question, let’s go to a Webpage on 20th century genocides, where we obtain the following list:

Giving the benefit of the doubt to the accuracy of the numbers, we can see that 2,100,000 killings certainly qualifies The Expulsion as a genocide. It’s actually the fourth highest in absolute death count. Also referring to the site’s definition of genocide as massive race killing by intention, The Expulsion meets any objective criteria for inclusion on the standard list.

A lot of popular ignorance of The Expulsion is innocent.  Some highly placed intellectuals and media poobahs have played a perverse game of favorites in genocide-victimization politics.  So the story hasn’t gotten out.

Why should it get out?

Some people have such a repugnance to Hitler—his ethnic German ancestry is in doubt—and the Nazi killing machine, they hate anything German. Understandable but irrational. Often these extranational Germans were also victims of the Nazi state. They can’t even be accused of voting for the little monster.

What will happen after the World Court convicts George Bush and Dick Cheney, et al, of war crimes to the tune of a million people in the Middle East?  Should the court insist that all Republicans be taken from their communities and sent to death camps?  You see where I’m going on this?

The principle is simple: the only moral use of force is against those who have initiated its use.

Fundamentally, I think we need to get the story of The Expulsion out for two reasons:

How does that poem go?

If we don’t speak out now, when they come for us it may be too late.

[1] Conference at Yalta (Crimean Peninsula), February 1, 1945 (Big 3: America, England, Soviet Union)—Roosevelt and Churchill sealed the fate of millions by conceding that the Soviet Union had the right to forced labor of ‘Germans.’   This wholesale betrayal of human rights was euphemistically called ‘reparations in kind.’

Later at Potsdam (near Berlin), July 17 to August 2, 1945, with the Big 3 and Harry Truman, the Western allies further capitulated to the barbarism of Stalin’s and Tito’s aggressors by fully enabling and sanctioning The Expulsion.  (The Expulsion lay in direct defiance of the Atlantic Charter, August 7, 1941 (Roosevelt and Churchill met in the middle of the Atlantic Ocean).

There are numerous Danube Swabian societies, associations and cultural centers throughout the U.S. Many have published books and related articles.