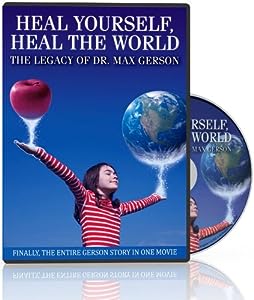 From the book Leaving the Sandbox:
To be of any political use to others, we must strive for our own ‘deeper-qualities’ fulfillment; being the best you can be brings out the best in others.

The title of this section I lifted from a DVD about the naturopathic Gerson Treatment for cancer and chronic illnesses. It expresses the same fundamental thought: by living clean and right, tapping into our own spiritual and material power source(s), and being all we can be as individuals… we best help others.

Be the Change You Wish to See…

Eckhart Tolle in The Power of Now says it well:

If you feel called upon to alleviate the suffering in the world, that is a very noble thing to do, but remember not to focus exclusively on the outer; otherwise, you will encounter frustration and despair.

Without a profound change in human consciousness, the world’s suffering is a bottomless pit. So don’t let your compassion become one-sided. Empathy with someone else’s pain or lack and a desire to help need to be balanced with a deeper realization of the eternal nature of all life and the ultimate illusion of all pain. Then let your peace flow into whatever you do and you will be working on the levels of effect and cause simultaneously. — Page 167

This is consistent with the sentiment expressed in the bumper sticker: “Be the change you wish to see in the world.” As trite as that sentiment may have become, we cause-oriented types do well to keep it in mind. Let me lay out the hierarchy of first principles that lead to positive political change as I see it:

Note the above admonitions for self-improvement—indeed, the points of this whole chapter—are offered in service to the general libertarian political benefit, that is not specifically to enhance Libertarian Party strategy… though they certainly do so. The following describes a helpful ‘vision’ that came to me as I was wrestling with the unpleasant foreign policy realities of late summer 2013.

In late August and early September 2013, I was beside myself with anxiety over the fact that the Obama administration and the so-called Zionist Conservative (Ziocon) insiders, who control US bipartisan foreign policy, were seriously threatening to attack Syria… for (of all things!) war crimes.

One reason I was terrified out of my tiny mind is Russia came on record as credibly stating that it would launch missiles against Saudi Arabia if the US bombed Syria. One thing would lead to another and soon you have the proverbial cascading descent into World War III—end of story.

Fortunately, insiders resisted the insanity, and popular opinion thwarted the attack. What I saw was a Paradigm Shift, a combination of what:

I came up with an intricate diagram—almost without the need for conventional reasoning, it simply flowed like a Ray Bradbury short story—that depicts the movement from the Old to the New. The diagram is known as a syllograph, and is entitled Shakabuku Liberty. A larger image appears on the back side of the title page of the book.

I don’t want to articulate the entire Shakabuku Liberty message here in this book—indeed, I plan to take my presentation on the road and turn it into another book by the end of the summer 2014. I can give you the fundamental argument, though, which, simplified for government school victims, goes like this:

Notice that the upper right quadrant of the Shakabuku Liberty syllograph does not include the Libertarian Party in the mix of liberty tools and solutions. That’s because the LP has been employing a disatrous bureaucratic strategy for decades—whose result is failure.

That needs to change.

The LP still has enormous synergistic potential for helping to make the broader liberty movement successful. But only if it adopts strategies consistent with Satyagraha and, according to my analysis, Shakabuku.

Time is of the essence.

The following chapters supply more structural scaffolding for the new way. It’s really quite easy and natural, and leaves intact much of the valuable building we’ve already put in place.