Commerce Township, December 5, 2015. Roughly 50 members of the recently rejuvenated Michigan RLC met at its first convention today to elect a board of pro liberty directors and pass key resolutions. The stated mission of the organization: “to further the principles of limited government, individual liberty, and free markets within the Republican Party and throughout America.”

Whereas: Our privacy rights should never under any circumstances be violated by the NSA or any other rogue spying agency operating lawlessly in Washington D.C., and it is unacceptable that Big Brother Republicans are shamefully complicit with these violations of our freedom.

Whereas: The state of Michigan must disavow any partnership or association with the NSA or any other federal agency working to facilitate the destruction of the 4th Amendment of the Constitution and the development of Big Brother and the national police state. END_OF_DOCUMENT_TOKEN_TO_BE_REPLACED

When the second ‘Little Boy’ exclaims the emperor wears no clothes…

Doing some general seminar training and learning lately in connection with my upcoming Good Neighbor Libertarian book and project. Yes, the event was sponsored by the eternally hopeful Libertarian Party of Michigan (LPM) and featured three speakers besides myself: Dan Johnson of People against the NDAA (Panda), Dave Dudenhofer of Michigan Campaign for Liberty, and a Mr. Jeff Phillips school board member from a district in the Michigan ‘Thumb’ area. My presentation was about the importance for libertarians to embrace the Gandhian Global Truth Force (Satyagraha) in our fight against all the deceptions and related assaults of the global government mafia.

I’ve long held that the dawning of 9/11 Truth—in the form of an overwhelming consensus that the US government (USG) and insiders were complicit and culpable in the attacks—would be the linchpin in bringing down the whole house of cards constructed by that mafia. Although a number of other deceptions showing the cancerous corruption of the Cartel-controlled USG and media are candidates to put a stake through the heart of the monster, I still believe that 9/11 is the One. Especially considering the fine work Architects and Engineers for 9/11 Truth is doing. Like this digital billboard in Times Square. END_OF_DOCUMENT_TOKEN_TO_BE_REPLACED 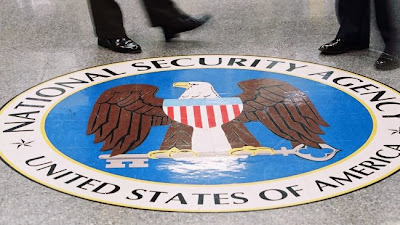 The recent decision of Federal Judge Richard Leon, that the National Security Agency’s bulk collection of Americans’ communication records does violence to the Constitution, demonstrates a rare convergence of elite jurisprudence and common sense.

While this is by no means the last word on the matter – Judge Leon stayed his own ruling, noting that the debate will likely end up before the Supreme Court – it is encouraging to see prominent legal minds alight upon the self-evident conclusion that mass surveillance of Americans is very wrong. END_OF_DOCUMENT_TOKEN_TO_BE_REPLACED